skip to main | skip to sidebar
"When we all think alike, then no one is thinking."
— Walter Lippman 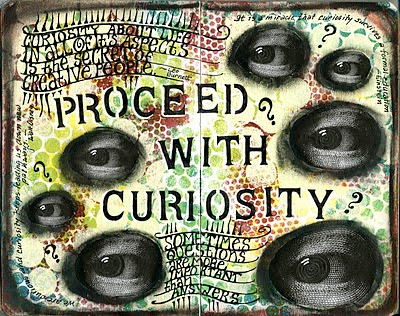 Journal pages, a bit on the creepy side for Halloween.  Sometimes questions are more important than the answers.
Posted by Ann Renee Lighter at 10/31/2010 3 comments: 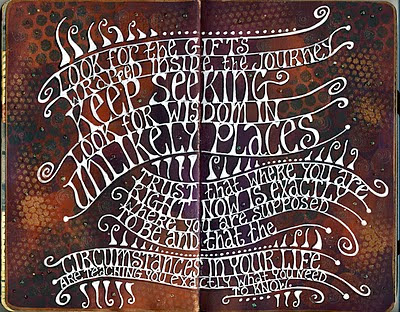 Journal Page.......
Look for the gifts wrapped inside the journey.  Keep Seeking.  Look for wisdom in unlikely places.  Trust that where you are right now is exactly where you are supposed to be and that the circumstances in your life are teaching you exactly what you need to know.
Posted by Ann Renee Lighter at 10/25/2010 1 comment: 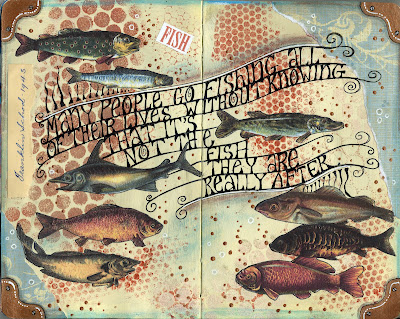 Pages of my journal.....Fish swim across a background of paint and torn vintage papers.
The quote is one of my favorites:
"Many people go fishing all of their lives without knowing that it's not the fish they are really after."
Posted by Ann Renee Lighter at 10/13/2010 3 comments: 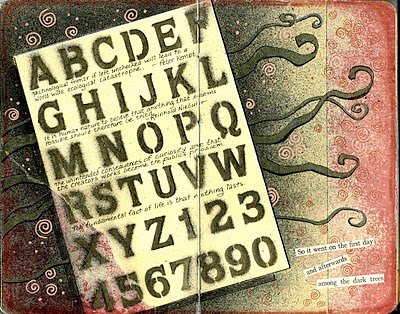 My journal was open on the table and a lettering stencil was laying across the pages.    There was a can of black spray paint within reach...
Later, while reading a book, I came upon several quotes that wanted to be recorded and the closest thing at hand was this journal.... Serendipity happens.
"Technological frenzy, if left unchecked will lead to a world wide ecological catastrophe."
"It is human nature to believe that anything that seems possible should therefore be tried."
"The unintended consequences of curiosity are that the creator's works become the public's problem"
"The functional fact of life is that nothing lasts."
Dark thoughts on this October day.
Posted by Ann Renee Lighter at 10/13/2010 No comments: 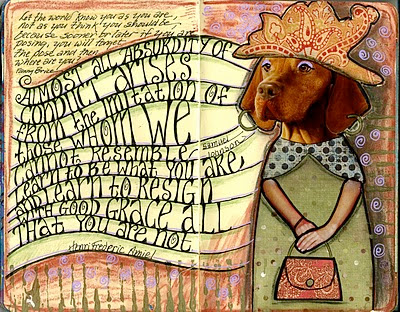 "Let the world know you as you are, not as you think you should be, because sooner or later, if you are posing, you will forget the pose.... and then where are you?  -Fanny Brice
"Almost all absurdity of conduct arises from the imitation of those whom we cannot resemble" -Samuel Johnson.
"Learn to be what you are and learn to resign with good grace all that you are not" -John Frederic Amiel.
Three quotes that inspired this rather silly page in my visual journal.  The picture of the dog came from a piece of junk mail and I couldn't bear to throw it away without a bit of play first.
Posted by Ann Renee Lighter at 10/10/2010 2 comments: 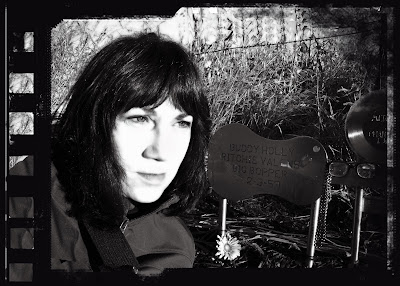 Early on an autumn morning I visited the site of the 1959 plane crash that took the life of Buddy Holly, Ritchie Valens, The Big Bopper, and pilot Roger Peterson.  The site is located in a cornfield near Clear Lake, Iowa.  You can park along the gravel road at the intersection of Gull and 315th and then walk the half mile path along the fence line to the permanent shrine that marks the spot.   There are a pair of giant black eyeglasses marking the trailhead.  Kind of goofy, but nice to know you are on the right path.
For geocachers, this site is listed as a 'virtual geocache' called the "Holly Shrine"   The requirement to log this cache is a picture of yourself, including the shrine, so I packed my tripod and camera for the short hike.
The shrine itself is made of stainless steel and marks the spot where the plane came to rest that night, crumpled up like a ball of paper, after rolling some 500 ft on impact.  The bodies of Holly and Valens had been found lying on the ground within 17 ft, and the Big Bopper's body was found across the fence in the field.  The pilot's body was encased in the plane wreckage.   It must have been a horrible sight for the law enforcement officers who discovered it.
The ground around the shrine is covered with guitar picks and little trinkets that people have left there.  It's an eerie place, in spite of the fact that it's out in the open.
On this October morning the corn was standing, ready for harvest, and there was a light frost on everything.  The sun had just come up and was shining at a hard angle, adding long shadows to the landscape.
I set up my tripod, hit the timer and moved into the picture.  Just as the camera was about to go off I heard a loud rustling, saw movement off to one side and, a bit startled, looked to see what it was......   turned out to be birds in the cornfield, but it made for an interesting photo.  I think it captured the strange energy that was all about the place.

If you have come this far and want to see more, please click on the words "Older Posts" above.

This work is licensed under a Creative Commons Attribution-NonCommercial-NoDerivatives 4.0 International License.

There are two things in my life that have been constant, no matter what: art and the need for unstructured time to play.
I am a compulsive maker-of-things who believes that every day must have some time set aside to feed the creative spirit. This would include making art, looking at art, reading about art, experimenting/playing with materials, learning new skills, and general studio art-play.
To support my habit and spread the joy, I was an art educator for 38 years. I'm now retired from public education, but still enjoy teaching occasional workshops locally.
I will try to share some of my adventures in both art and play here in this space. 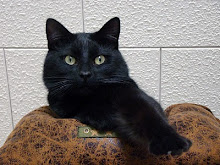 King of the Cowboy Cats 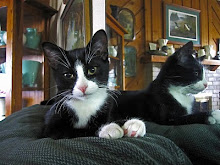 From My Etsy Shop:

The intuitive mind is a sacred gift and the rational mind is a faithful servant. We have created a society that honors the servant and has forgotten the gift.
-Albert Einstein

"She who sleeps and eats" 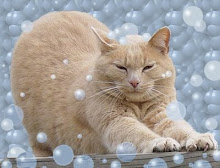 Mighty hunter of gophers in his younger days

"There is no doubt that creativity is the most important human resource of all. Without creativity, there would be no progress, and we would be forever repeating the same patterns."
— Edward de Bono

M. A. Rosanoff: "Mr. Edison, please tell me what laboratory rules you want me to observe."

Edison: "There ain't no rules around here. We're trying to accomplish somep'n!" 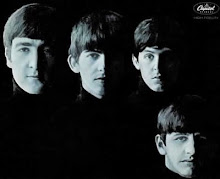 "I believe that education is all about being excited about something. Seeing passion and enthusiasm helps push an educational message."
— Steve Irwin, Crocodile Hunter